6 of the Smartest smart cities in the world

Even though cities generate 80 percent of the wealth in the world, they are also facing economic, environmental, demographic and social challenges. By 2050, 70 percent of the world’s population will live in cities. The rapid urbanisation and ageing populations will cause more and more strain on energy, infrastructure, transportation and healthcare resources. To address these challenges, cities need to implement new technologies.

NO LONGER IN THE FUTURE

Smart cities are no longer the future. They are here and they are growing rapidly, keeping pace with the expansion of the Internet of Things and impacting municipal services all over the world. To improve city living, smart cities collaborate with developers, big data specialists, innovators and strategic thinkers. Large companies such as IBM and Cisco work together with civic planning authorities and universities, focusing on improving public transport, law enforcement, energy use and waste management by using data-driven systems. Think smart traffic light systems, useful apps, smart street lights and smart parking.
Here are some inspiring smart cities from all corners of the globe that are getting it right – in no particular order.

The US city of Seattle is partnering with the University of Washington to address a number of urban challenges, ranging from earthquake preparedness and transportation to carbon emission reduction, which is a key focus area because during work days, there are an additional 100,000 people in downtown Seattle. The city has been using analytics to reduce carbon emissions among some 45 percent of the buildings. Seattle has also implemented an adaptive transportation management system, enabling traffic lights to adapt to changing road and weather conditions. In collaboration with the University of Washington, the city of Seattle has implemented RainWatch, a project that monitors precipitation in real time, enabling the city to send out warnings when there’s a chance of flooding in order to keep citizens and infrastructure safe. Then there’s smart park watering projects that ensure efficient water use. This year, the city is implementing 800 body cameras for law enforcement officers and it’s piloting ShotSpotter’s gunshot detection technology to help determine where gunshots were fired. To improve its tech infrastructure, the city also recently opened a new data centre, replacing the previous one that nearly crashed in 2012. The new data centre can withstand natural disasters such as earthquakes.

Finland’s capital Helsinki is piloting smart city projects through city innovation platforms that enable the testing of solutions in an existing urban environment. The area where these pilots take place is the Smart Kalasatama district, where co-creation and agile development take centre stage. Its residents are the initiators and testers of new technology and smart services. Kalasatama wants to become so efficient that its residents gain one hour of extra time per day. Some of the pilot projects include parking places with car charging facilities as well as automated waste collection systems that reduce the traffic of garbage trucks by up to 90 percent. Then there’s smart grids and real-time energy monitoring pilots that aim for a 15 percent reduction in energy usage, and apps that plan the most efficient traffic routes with any type of transportation method. Finnish schools are widely known for their forward-thinking education systems. The curriculums move away from conventional pedagogy towards a more inquiry-based method of learning. Open data innovation, hackathons as well as open app competitions are part of this and are held on an annual basis.

Milton Keynes is a small city in the United Kingdom with big plans. It was forecast that within the next ten years, its population would grow from 250,000 to around 300,000. With this, the city identified a potential crisis in terms of energy, transportation and water consumption. Milton Keynes decided to become a UK trailblazer, using the Internet of Things to make life more efficient for its residents while dealing with the potential growth problems of the city. Connectivity initiatives include the MotionMap app that describes the movements of vehicles and people across the city in real time. Another such advance is the sensor system that notifies drivers of free parking spaces. In an effort to reduce the inefficient journeys of their garbage trucks, Milton Keynes has implemented remote sensor technology in the city’s 80 recycling centres. Prior to this, trucks would often arrive there only to find empty bins. The sensors communicate with the trucks, and only when the bins are full do the trucks drive out to empty them. Milton Keynes is of the opinion that these types of innovations will be critical to reduce damage to the environment, lessen the burden on public services and improve the quality of life for its citizens. To ensure consistent data reliability, the city also invested in a new 1Gbps network to support the technological infrastructure of the city and its increased demand on network usage.

Named European Capital of Innovation in 2014, Spain’s second-biggest city, Barcelona, is involved in over one hundred smart city projects and is a global leader in its extensive use of the Internet of Things. Smart city projects range from smart lighting, the promotion of charging infrastructure for electric vehicles, and Wi-Fi in public transportation systems and public places. Barcelona provides global leadership by hosting the annual Smart City Expo World Congress – supporting the growth of the smart cities industry. The city’s Telecare service looks after its more than 70.000 elderly and disabled citizens by proactively checking on them with the use of sensor technology. Barcelona has smart LED streetlights throughout that are only activated when they detect movement. This leads to energy savings of no less than 30 percent. The sensors in the street lights also collect environmental data while rain and humidity sensors determine the amount of water required to irrigate public parks. Smart garbage bins are only emptied when full and smart parking systems show vehicles to free parking spots, reducing carbon emissions and traffic congestion. Digital bus stops provide real time overviews of bus times, USB charging ports as well as free Wi-Fi. The city’s Smart Urban Platform aims to solve urban challenges by bringing together data from social networks, the city’s information systems and the open-source Sentilo sensor network.

5. THE ISLAND CITY STATE OF SINGAPORE

Leveraging on one of the highest broadband and mobile penetration rates in the world, Singapore aims to become the world’s first Smart Nation. And there are very few places better positioned to become a ‘smart city’ than the island city state of Singapore. Almost all of Singapore’s government services are available and accessible online and citizen-centric mobile health, municipal and transport apps were recently rolled out.

Their Smart Nation Platform is all about action. It pushes forward with trials across various sectors, focusing on areas such as health, housing and transport, areas with high impact on the island’s citizens and residents. Smart Nation collates data from sensors all over the country and a dynamic 3-dimensional ‘virtual Singapore’ model enables city planners to analyse pedestrian and traffic flows, test various concepts and run crowd evacuation simulations for emergency training. Sensor technology and smart applications in public housing estates provide residents with behavioural feedback that helps them to reduce their energy and water consumption and drive down costs. The government analyses the data generated by these sensors to improve the design, planning and maintenance of these and future public housing estates. Singapore has also been at the forefront of self-driving vehicle testing and has availed its streets to autonomous cars and buses. The city’s streets are continuous testing grounds for trials of self-driving shuttles, robotic buses and autonomous taxis. By 2020, all of Singapore’s vehicles will have mandatory satellite-navigation systems built in, offering a wealth of data for analysis. With these systems, authorities will be able to monitor traffic volume and speed and analyse traffic congestion issues. These levels of monitoring – knowing where each and every vehicle is at all times – are unprecedented.

Of course, no article about smart cities would be complete without mentioning South Korea’s tech-savvy capital Seoul and neighbouring futuristic city experiment and international business district, Songdo, with its sparkling skyline, which was built to be smart from conception, on reclaimed land.
Smart work centres with teleconferencing systems enable a third of government employees to work closer to their homes which are all equipped with Wi-Fi and sensor networks. Waste suction systems dispose of household waste through pipes underground that transport it to processing plants where it is sorted and recycled. Using smart devices and remote-controlled medical equipment, Seoul’s U-healthcare service provides medical consultation and telehealth check-ups for the elderly and disabled. The city successfully deployed OLEV (online electric vehicle technology) transportation systems. As electric public buses move across the road, they are automatically charged. This is made possible by the magnetic fields that are created by cables under the road surface. The OLEV devices convert the magnetic fields to electric energy.

In 2000, South Korea started preparing 1.500 acres of land in anticipation of Songdo. Now, more than 16 years and $35 billion later, Songdo is gaining popularity with residents and businesses alike and rapidly becoming a shining example for other smart city initiatives around the world. Developed with development and innovation in mind, the ‘IoT Cube’ in Songdo is a living, breathing lab, a testing ground for what the future could have in store and popular with for developing technologies by companies like Cisco. The firm’s Innovation Centre partners with developers, universities and startups to create innovative solutions in manufacturing, healthcare, and transportation. The IoT Cube is in fact a physical structure, located alongside one of the busiest streets in Songdo. It has an orange design and sleek glass windows and enables companies to pilot their innovations right there and then – to the people on the street. The IoT Cube’s lab gathers real-time data from the city’s citizens, making it an essential testing ground for the innovations and solutions of this incredible smart city.
Positively altering the lives of millions of urban residents

Over the past couple of years, worldwide awareness of the potential of smart cities has grown in leaps and bounds. Countries, provinces, cities and governments have realised that they can improve the lives of millions of city dwellers with the opportunities that digital transformation and revolutionary technology offer.

Smart and Sustainable Planning for Cities and Regions 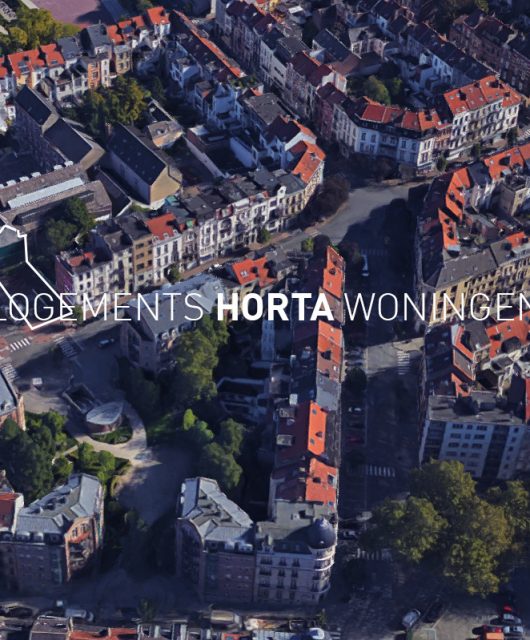 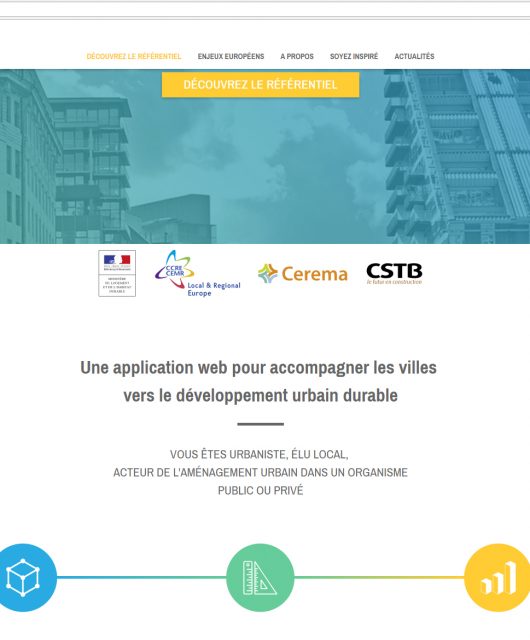 The ECTP-CEU is impacted by the worldwide pandemic; here is the status. 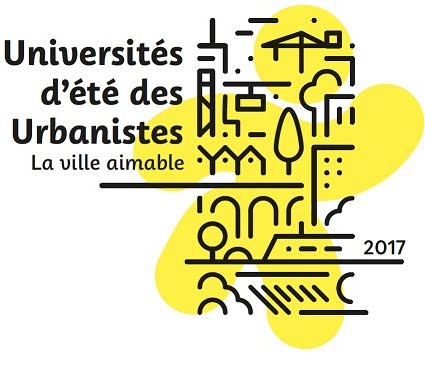 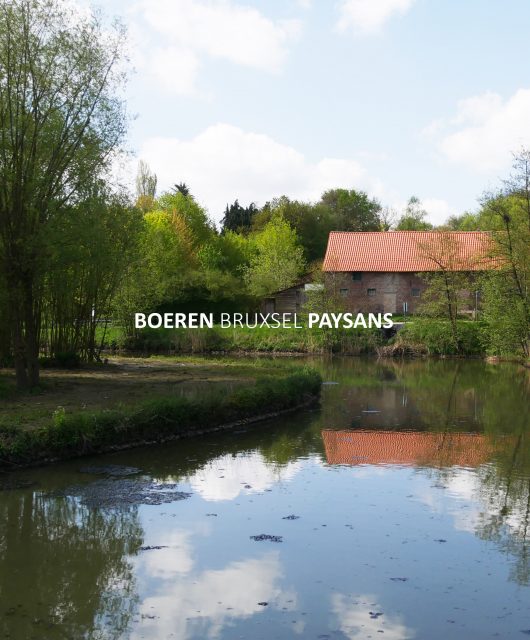